I ate breakky at 830 and filled my water bladder and backpack (well cheapo Waikiki hotel stringy backpack), I let the owner of the hotel know what I was about to do (just in case anything happens ) – I said if i’m not back by sunset call the helicopter rescue service hahaha. At least I let them know just in case.

So I set off and had no clue how long this would take – and started hiking through the cow fields and then through some forest and found a track – i followed that for about an hour and then I saw two people. They looked like they knew what they were doing with maps and proper clothing. Turned out that they are leaders from the Slovenian Alpine Mountaineering club – what luck hahaha. So i asked if I could tag along and they didn’t seem to mind. About an hour later or so we were at the top (1200mtrs)…put it this way – I think Mt Lofty is 6 or 700 and something so it was not the most challenging in the sense of ‘it took me everything’ but it was sweaty and hard going – glad I met up with those guys – took some uncertainty out of it. Heres me and my Waikiki hotel bag and some water and rations and knowing nothing from Australia hahaha – I am glad I made it to the top though – it felt so good and the views were great. Who knew there was a little cafe at the top though – I didn’t bring money thinking why would there be a cafe up there but Stefan and Matija bought me a beer which was nice.

I walked around the top and a bit of around here and there for a few hours then descended on my own. When I came back to hostel the guys were there(they live a few hours drive and this is the only place to go in the whole town) and they thought they’d have a beer and a chat. A couple litres of great Slovenian Lasko beers later they were off – awesome guys and great chats. They showed me their book of all the mountains they’ve climbed – it was great to read. I wanna tell you a story quickly though – Matija gave me motivation today. He told me of a story when he was ice climbing a mountain and there was an avalanche – he broke his back in a few places and both legs and was stuck in the snow for hours. He was airlifted to hospital and docs said he would never walk again – this was February last year. After four months of rehab and learning to walk again and rods in his back and legs and he is already mountaineering again – I am not going to complain about my back ever again – Matija if you read this – it’s people like you that motivate me to enjoy every day for what it is…thank you. 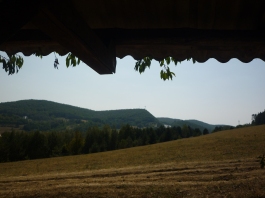 A run down hut near the bottom 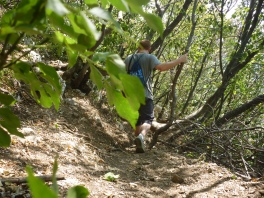 Me walking along the trail – I am now a mountaineer 🙂 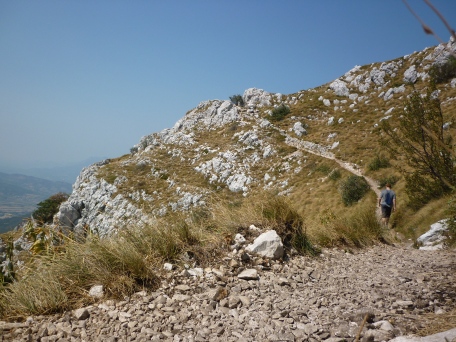 Me walking along the trail 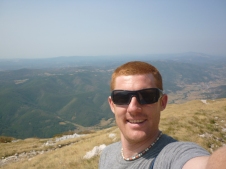 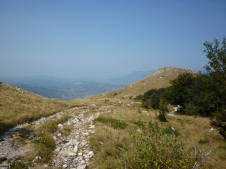 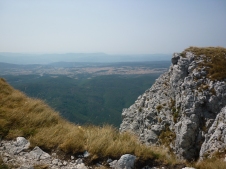 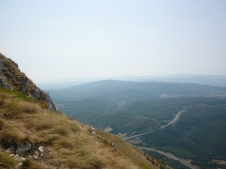 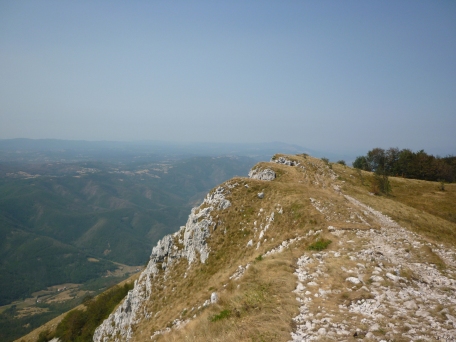 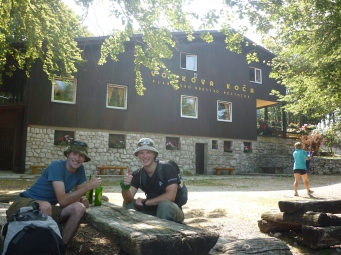 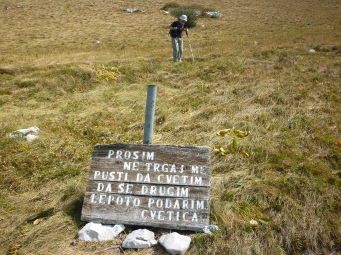 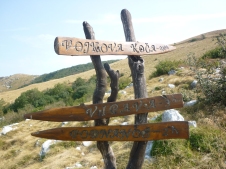 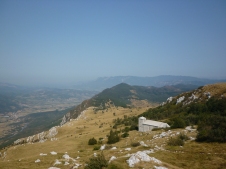 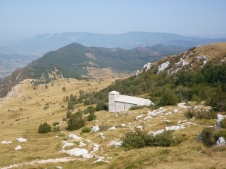 Wicked little church near the top 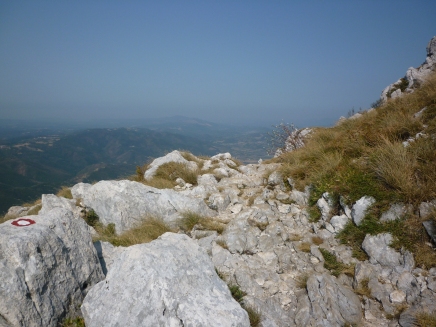 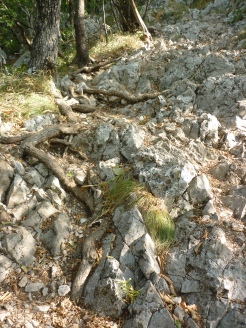 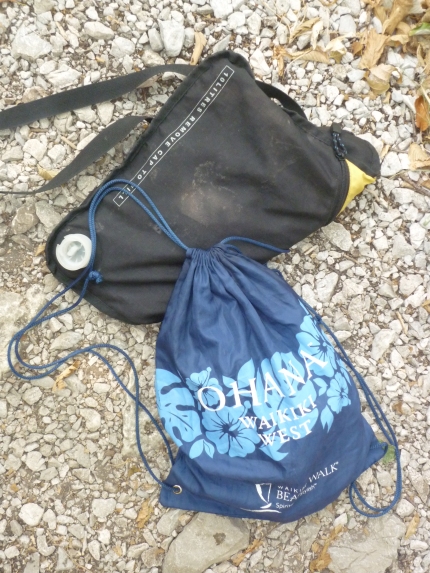 The water and crappy backpack 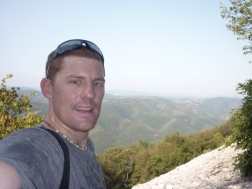 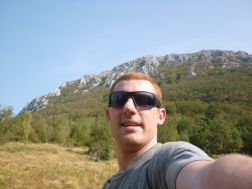 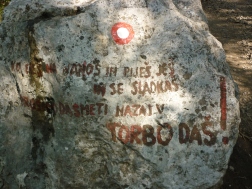 This says – I will shoot anyone trespassing – hahaha who knows

Part of the track 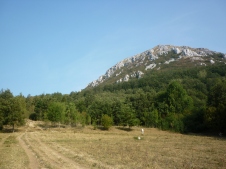 The cow track at the beginning 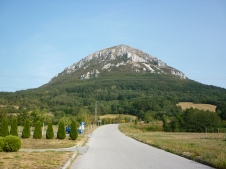 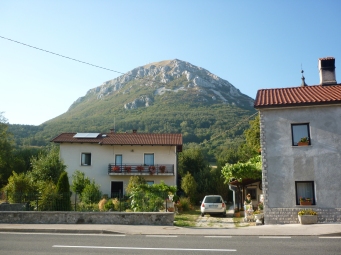 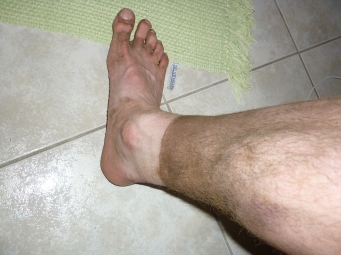