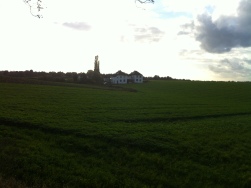 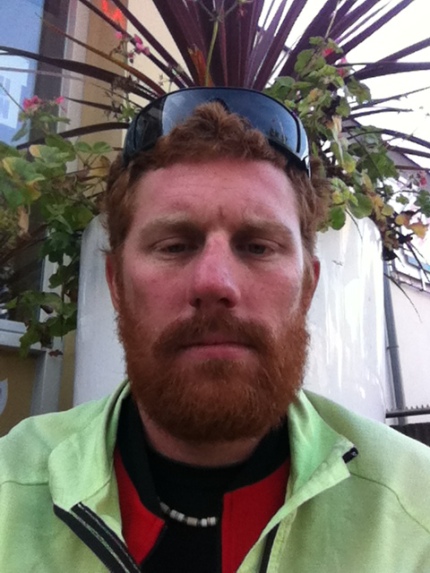 Awesomeness all over the place

I slept really well last night – I think that was from all the late nights in Netherlands I think – I slept till 10:30 which I haven’t done in a tent.,..some of it may have been the motivation and cold factor but it was a good rest nonetheless. I was awoken by fighter jets practicing their take offs and landings. How do I know that you ask? I was having a break 1 hour into my ride when someone approached me and we had a chat and he recorded it on his iphone – looked heaps cool. The guy I met (Jan – pronounced yun) was curious about my bike and journey and we chatted for a bit over lunch. He offered me to sleep at his house but I kindly declined as I had only started the day. He had travelled a lot in his youth and spoke great English but I really like speaking Dutch so we kept on speaking the native tongue. The closer I get to the border the softer the G’s get in the language – who needs a map – just follow the dialect change.

Belgium is basically Dutch but with softer and less harsh G’s so I will still be able to communicate for a few more days which is great. Apart from the fact that I have pretty much lost my voice i’m still enjoying learning the language more and really want to keep it up when I return home. Jan is a plastic surgeon and I think it was actually fate that I didn’t stay there – he could take my other kidney without me knowing it. Perhaps I could’ve asked him to fix my nose as well hehehe.

I should’ve bought a map of France in Holland as I am basically looking at my gps app and making sure i’m at least heading in the right direction and I am getting to places no problems but it’s feel like I am doing so aimlessly. Not that it’s a bad thing because I love just riding and experiencing everything on a bike but I think as soon as I can get one – I will do so. I will also look at a few more sights to see along the way as I have no plans.  The hammy held up today but it’s still there in the background which I don’t like. If you’re thinking that I am doing big k’s with a sore hammy it’s because i’m in the Netherlands – flat as a pancake and easy pedalling. The hills are coming and i’m not sure how it will go – as I stated before it really is a day by day thing which sometimes gets me down as I really love riding and if I can’t do that it means a lot of plan changing – errghhhh.  I have the mental tools to push through and help myself get through the hard times no probs but there’s only so much you can do to alleviate pain. I’ve tried my seat, cleats, stretching, rest bla bla bla – Perhaps a massage or two along the way maybe (wink wink). I am in a bit of a downer at the moment and I know that’s part of Leaving NL and also the fact of my hammy – time for thinking and working through it I think.

I rode on and off today and stopped a lot. Nice scenery but no camera DANG it as I left the SD card in my panniers and was too lazy to get it out.  Oh yeah – when in Holland I wanted to get another puffer just so I have a couple to last me for Peru as well. I went into the Chemist and asked and BOOM – out it comes with no questions – I asked how come it was so easy – she said that we do that for travellers to make it easier for them – WOOT WOOT – You win some and you lose some sometimes don’t you.

The sun was setting and I hadn’t arranged any camping so I headed for a nature park – found a camping but it was closed (Abandoned) – I did see another sign to another one and cycled a couple k’s and saw a lot of caravans and people. I said to myself…’SELF, if they have internet i’m staying here and if they don’t i’m going back to the abandoned one’. No internet so off i toddled onto the empty campsite and am all alone – peace and quiet – ahhhhhhhh. Basic dinner tonight with just some bread and spread, a banana, muesli bar and some krentebrood (sultana roll) mmm – i’m full, warm, tired and ready for an early night. I saw a maccas not far from here on the way to camp so I will return there tomorrow morn to look up a few routes.

PS – My Petzelheadlamp is the bomb. It’s lasted two and a bit months and I haven’t changed the batteries yet. My last one only lasted a few nights but this one totally rocks.

I’m going to miss this country……

Saddle Time – 4 and half ish

Today was a little better than yesterday – Still sore hammy and that’s not improving but still cyclable so I will do so until I feel a twang or something. My plans have changed slightly as I don’t think i’ll make it all the way around to Italy and also the great news is that a mate from UK will join me for a few days. The change of plan and a mate jpoing me is perfect timing and a welcomed change.

It is a VERY hard decision as I really wished to do the alps (I think i’m repeating myself again hehehe) as I am feeling so strong mentally and physically but i’d be stupid to attempt them with my leg the way it is. So my plan is to finish in Dijon so I still should hit the 4000km mark in total so i’m wrapped about that and have great memories to bring home and annoy everyone with. I still have about two weeks of cycling and many hills to Dijon (or thereabouts) and riding with a good mate so that’s really going to awesome and then i’ll train it to the alps and have a week and a bit to chill out before I go to Peru – I think that is the smart way to go about it and a decision in which I didn’t take lightly. Having said that – I take pressure off myself also which when you read this it sounds easy to make but it the reason I am here is to be on the bike and when i’m not – it feels as though ‘what’s the point’ BUT i’ve changed that around and will make the plans accordingly.

Today was pretty cool – went pretty smoothly and had a few chats along the way and made WAYYYY too many coffee stops hehehe none good enough to even get a rating but it was drinkable.

It rained off and on today but I stayed dry with a smile riding along to various tunes and getting into the groove again which is good. I found out (after talking to an Irish lady) that all the maccas have power points which is a life saver for me as I don’t have to hunt down hostels for power anymore – camping is the go until I can’t be bothered – last nights campsite rocked. I can’t wait for my mate to come now as we can catch up and organise a few days of riding and talking crap over a few beers which no doubt we will do (lets hope we see a pub along the way haha).

I left my SD card in camera AGAIN so took photos on the cameras memory but derrrr I didn’t bring cable with me on the tour thinking that i can just put the SD card in the comp when needed….DOH – so all I have is a couple crappies from my iphone. Soz. At least you get to see me in all my awesomeness regarding my beard – it’s growing like Peter Griffins – Note the ‘not happy jan’ look as I wasn’t in the mood for a bit today – can you tell hahaha.

Now to log off and find a camp somewhere – it’s 8:30pm – think it’s time to do that hehehe 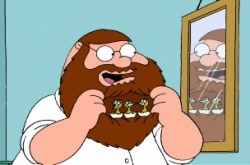 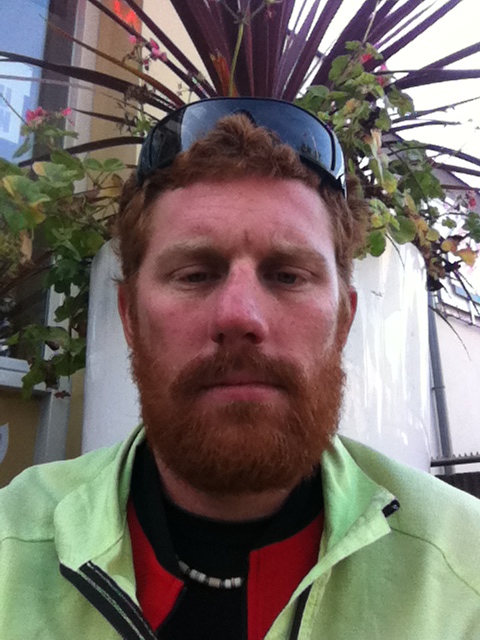 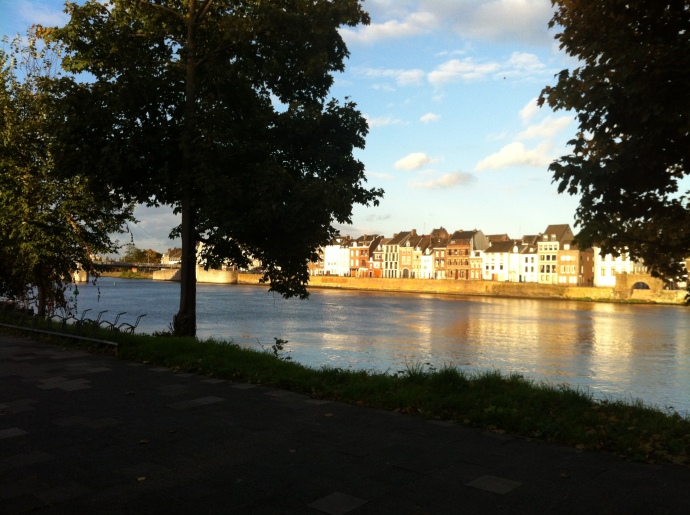 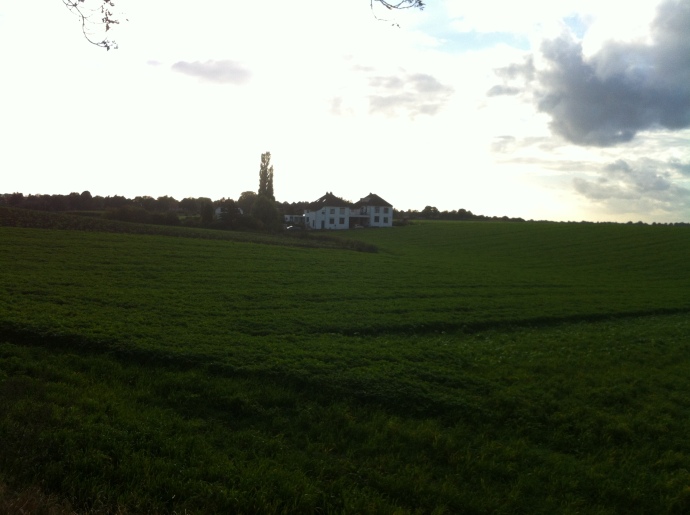 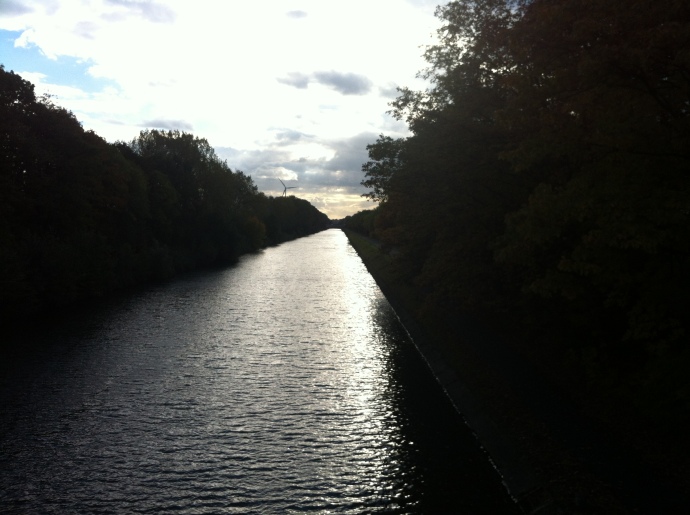 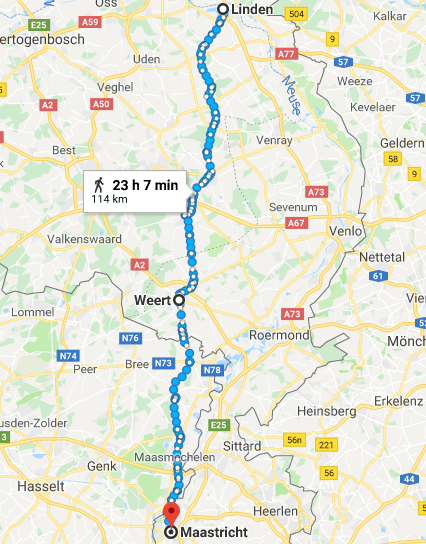