I waited for my cousin Ferry to pick me up at Maccas whilst utilising their internet and I get a heytell msg asking to find some power steering fluid for his car before he arrives. This part of the journey has started out with promise hehehe. I hopped on the bike ‘in the rain’ and on a saturday where nothing will be open and cycled for about 30 minutes and eventually came across a k-mart type of place so basically…in france, in the rain, on a Saturday when everything is closed, on my bike I located power steering fluid – that was kind of an awesome victory – i’m pretty awesome. Fez finally arrived in the avo and we headed off for Annecy. I really enjoyed my bicycle journey but it was nice to be in a warm car and talking English to a great friend of mine…I mean family member teehehehe. I won’t lie about that.

So the last two days were spent  in Annecy and now today we drove to le Bourg d’Oisans (base of Alp d’Huez).

The first two days were feeling like we were in the middle of winter and some harsh cold winds and it wasn’t very enticing to get out of the car or the hotel as a matter of fact. We spent a lot of time walking around the city or driving to look for something that is actually open – around and around and around…hotels were few and far between and finding a nice one that was fair priced took a whole drive around the whole lake (50km hahaha) but it was a good time anyway. Ended up finding a nice hotel with a great view actually and at a fair price. We spent the couple days driving around looking at  a few large climbs of the Tour de France and eating our way around town. It snowed a lot and got to about -7 up the top of some climbs but hovered around the -1 ish and felt like winter came too soon.

Annecy is a beautiful little place that is surrounded by mountains and a very blue lake and I can imagine it would be packed with tourists during the high season but we were cruising around causing trouble, being loud and left our mark in that little town that’s for sure. We set off for Alp d’Huez in the town of le Bourg d’Oisans today which is about 150km south of Annecy. It’s day 83 now and this little town next to one of the most famous climbs in the Tour de France and is exactly what you see in a postcard when you think of a nice little village/town, huge snow peaked alps surrounding you in clean fresh air with a lot of history in the hills and the village itself. It’s beautiful and I think we’ll stay here for a few days and do a few things and i’d really like to give that hill a shot on Thor. We drove up it today and as I had to do some research and reconnaissance for my ride up there of course he he.

Driving up this awesome thing of a mountain you see every corner/hairpin is named after a TDF rider who has won on that mountain and we stopped many times along the way looking at the sights and reading all the signs. A coffee at the top (or two) was enjoyed and we meandered around up there for a while and went into the tourism office to get some walking maps for tomorrow. We descended in the car and then set up to hike up the side of it and managed to get up about ¼ of the way to burn some energy before dinner before it got too dark. It’s a tough climb as you go right up the side of it – really really nice views as we walk up seeing pink on top of the peaks from the sunset.

Back at this hotel now and enjoying chilln out at the base and ready for an AWESOME day tomorrow – Can’t wait. 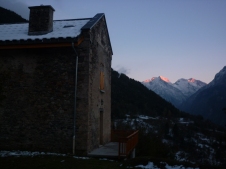 views from hiking up Alp d’Huez – the pink tops

views from walking up the Alp d’Huez 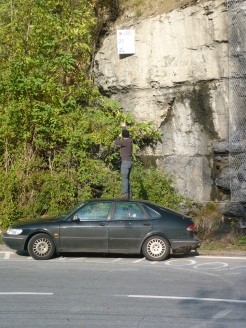 My cousin the TDF lover and Lance hater 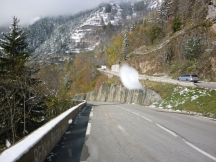 Climbing Alp d’Huez in the car

View from our hotel in Annecy 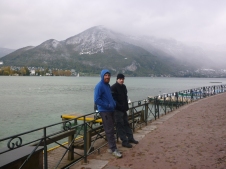 The boys in Annecy

Carrying the weight for the ginger ninja’s out there

Our hotel in Annecy 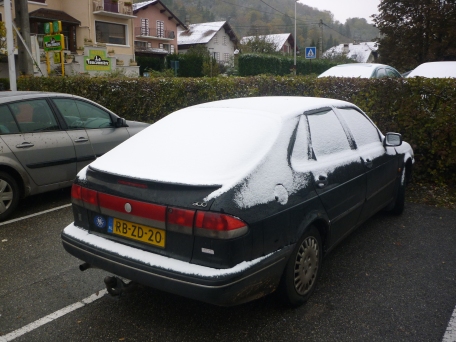 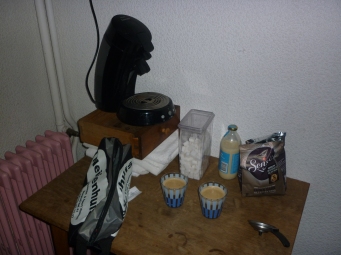